Our Silk Road In-depth tour is designed for you to experience the Muslim and Buddhism culture and custom, and to visit the historical cities along the Silk Road in Southern Xinjiang, such as Sunday Bazaar and Id Kah Mosque in Kashgar, Silk Bazaar in Hotan, Kizil Thousand Buddha Caves in Kuqa, Jiaohe Ruins and Astana Tombs in Turpan.

The tour includes comfortable hotels and featured restaurants, together with local guides and drivers for your unforgettable Silk Road tour once in your life time trip.

Upon your arrival at the Urumqi Diwobao international airport, out tour guide will met and escort you to your hotel in Urumqi downtown. The rest of day is yours to relax and have a good rest. 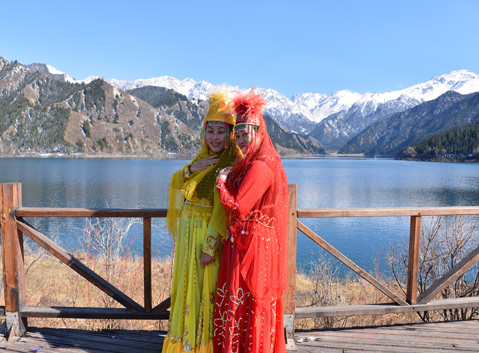 Uyghur Women at the Heavenly Lake 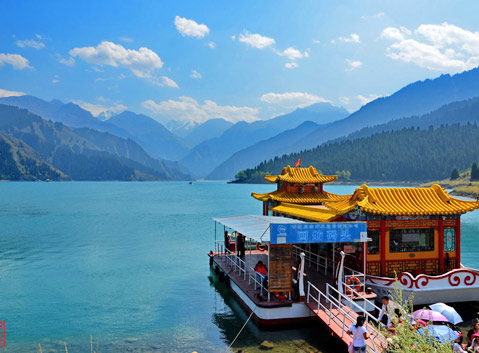 Cruise on the Heavenly Lake

Today after breakfast, we will drive to visit Tian Chi, which literally means "Heaven Lake". It is a very beautiful mountain lake formed more than million years ago in the 4th glacial epoch, covering about 5.9 square kilometers. On the east of the lake stands the Bogda Peak, the highest peak in Tianshan Mountain area, which is capped by glacier and snow glistening in the sun. Finely contrasted with blue lake water, the scenery is fabulous. In the afternoon, be transferred back to your hotel. 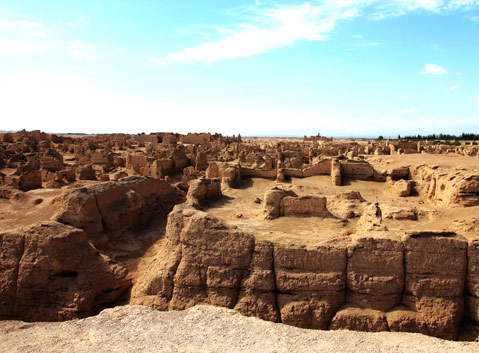 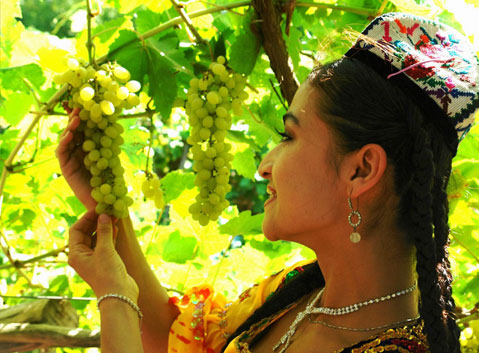 The Grape in Turpan Grape Valley

Today you will be picked up in your hotel and drive to Turpan. After checking in your hotel of Turpan, we will go to visit Jiaohe Ruins, the capital of the Anterior Jushi Kingdom. It includes city gates, streets and lanes, government office, temples, domestic houses, cave houses, and underground temple. Then move on to visit Karez Well, a local Turpan water system, which has been regarded as one of the greatest water projects of ancient China, together with Dujiangyan Irrigation System and the Grand Canal.

In the afternoon, we will drive to visit the Flaming Mountains, which are barren, eroded, red sandstone hills. The climate of the mountains is harsh and the temperature is extremely hot in the Summer, the hottest site in China. Afterwards, transfer to visit Grape Valley, which is one of most famous scenic spots in Turpan. 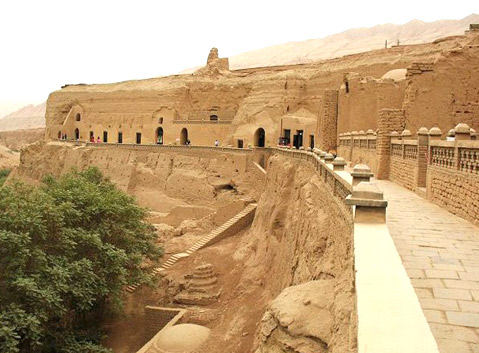 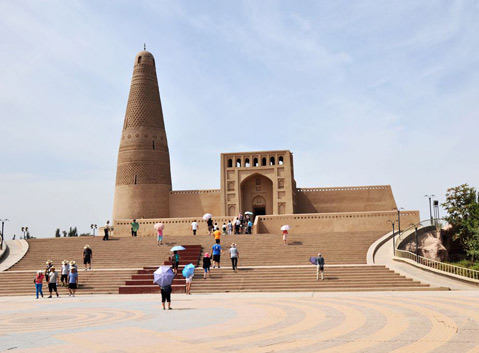 Today after breakfast, we will visit Bezeklik Thousand Buddha Caves, a group of Buddhist cave grottoes dating from the 5th to the 9th centuries, in which there a mural of Buddha. Then move on to Sugong Pagoda, an embodiment of the ancient architectural arts of the Uygur nationality. It is 37 meters high and 10 meters in diameter at the base.

In the afternoon, we go to visit Astana Tombs which covers an area of 10 square kilometers and is known as "the Underground Museum" with ten thousands of cultural relics. It is the graveyard of the residents who lived in the Gaochang City in the Jin-Tang period. 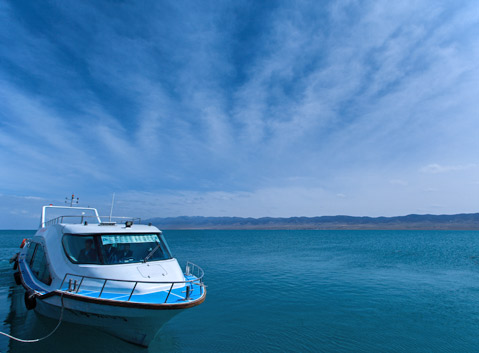 The Yacht on the Bosten Lake 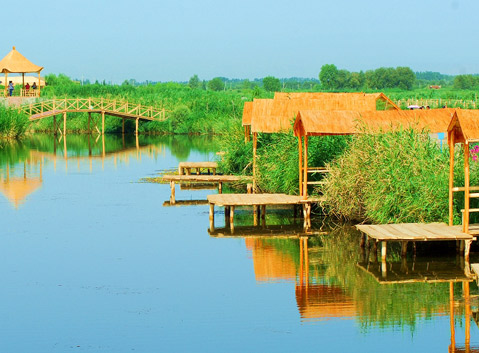 Today pick up from your hotel in Turpan, take a private vehicle and drive about 400km to Korla. You visit Bosten Lake, the largest inland fresh water in China, which looks like a fairyland, winning its reputation of being a "pearl" in the desert sea. 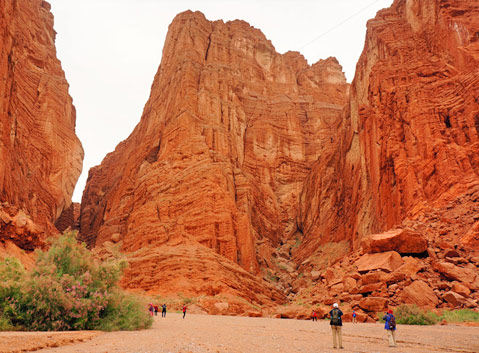 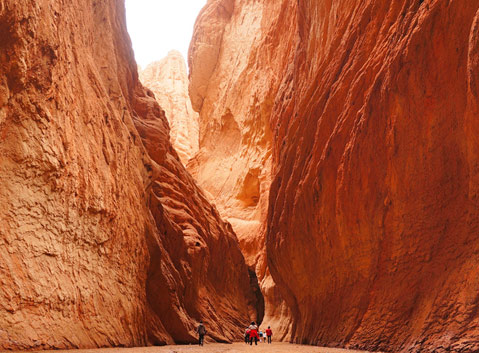 After breakfast, we will drive about 300km to Kuqa. Then drive to visit Tianshan Grand Canyon, located in the mountain area 72km north of Kuqa. It is characterized by odddly-shaped rocks, craggy pinnacles, rugged cliffs and deep ravines. Afterwards, drive back to your hotel in Kuqa. 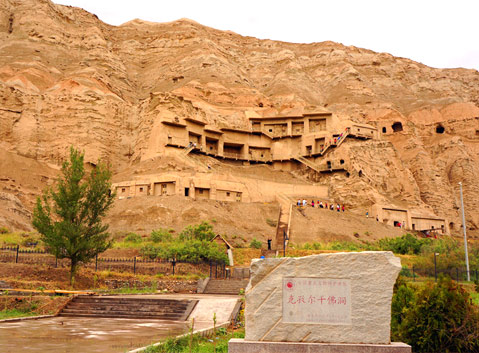 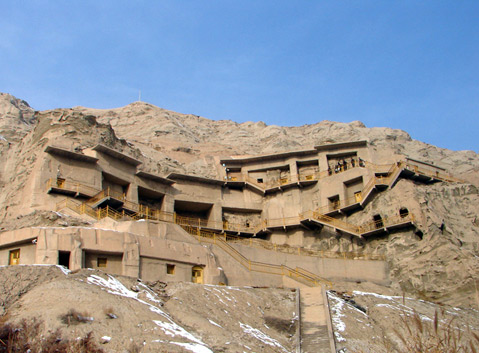 Today after breakfast, you will drive to visit Kizil Thousand Buddha Caves, located 68km west Kuqa county, which is the oldest and the largest ruins of Buddhist culture in Xinjiang, even one century earlier than the famous Mogao Grottoes. Then move on to Aksu. 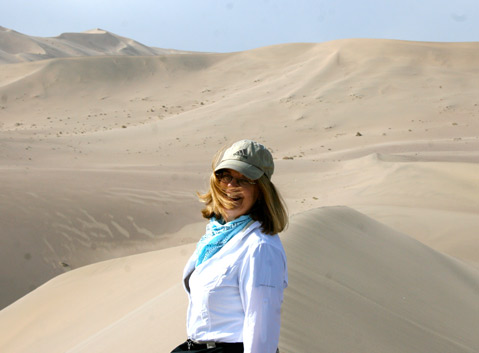 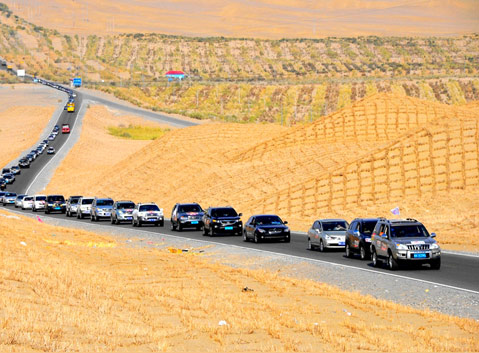 Drive through the Taklamakan Desert

After breakfast, we drive cross the Taklamakan Desert which is the second largest shifting sand desert in the world, covering an area of 337,600 square kilometers. The ancient silk road traders regarded it as the "sea of death" because many traders entered the desert and were never seen again. Hotan is the principal town located on the south of the Tarim basin. It is a centre for silk production, carpet weaving, metal work and jade. 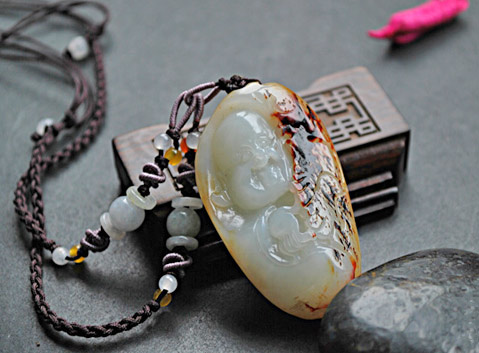 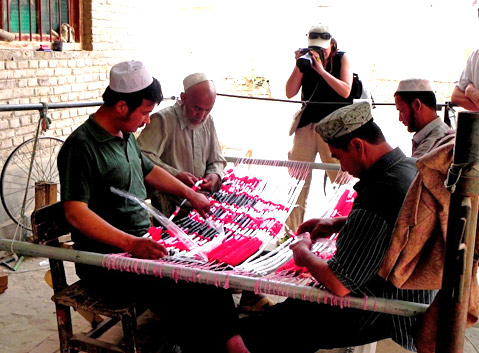 Today, you will visit Hotan Museum where exhibited are the mixtures of Caucasian and East Asian "mummies" reaching back two thousand years proving Hotan's historically rich blend of peoples, cultures and religions. Then you will visit Jade Factory, Atlas Silk Factory, Hotan Bazaar where you will immerse yourself in the trading atmosphere. 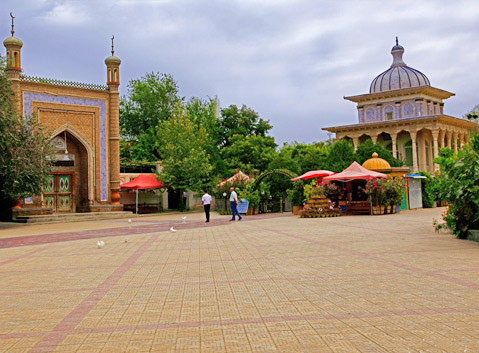 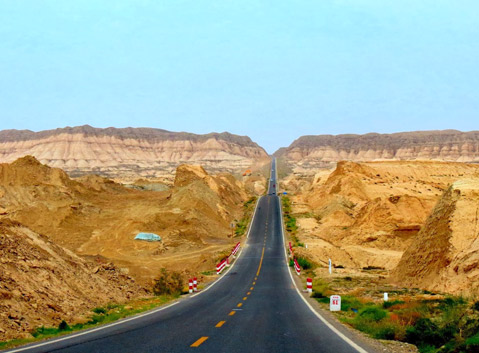 The Road between Hotan and Kashgar

After breakfast, we will drive about 7 hours to Kashgar. On the way, you could see the Yinjisar Man-made Pocket-Knife and then visit the 500-year Yarkant King Mausoleum in Shache County (or Yarkant County). Upon your arrival, check in your hotel for a good rest. 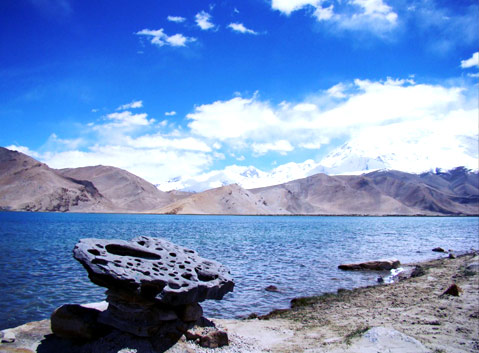 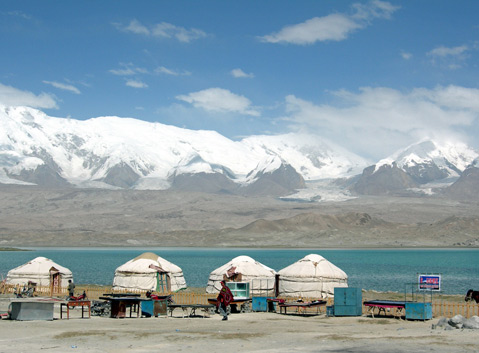 The Tents beside the Karakul Lake

Today after breakfast, we will drive to visit Karakul Lake on Karakoram highway (renowned as the highest paved border crossing in the World and one of the World's most beautiful highways). Well-known as "the father of glaciers", Karakul Lake is one of the most beautiful lakes in China, with beautiful natural scenery around and mirror-like peaceful waters. Seen from different distance, you can witness different colors of the water, changing from light to dark. 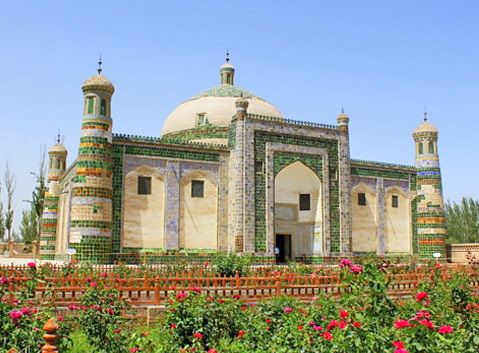 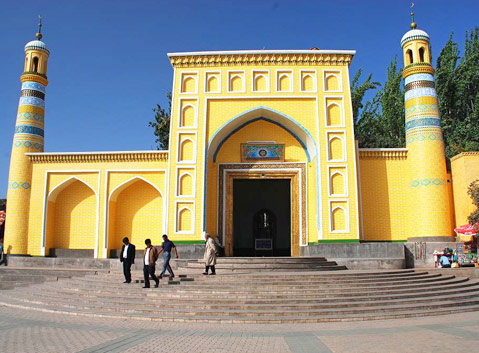 Today you will begin your trip by visiting the Apak Hoja Tomb, also called Xingfei Mu in Chinese, which is a very tranquil place and a beautiful example of Uyghur Islamic architecture. Then move on to the lively Sunday Bazaar/ Market, which is renowned as the biggest market in Central Asia. It is said that you can buy anything you want here except chicken milk and Cow eggs.

After lunch, we will wander through the narrow winding streets of the historic old town to visit Id Kah Mosque, the largest mosque in China. Step into it to know a bit more about the Islamic life of the Uyghur people.

Today, you will be escorted to airport to take a flight first to Urumqi, and then depart.

Once we receive your tour deposit, which is followed by signing the contract, your reservation is secured with legitimacy. Our staff will reserve the accommodation, vehicle, site tickets, meals and more, and pay the deposit for our suppliers. So if you want to alter to another itinerary, you need to cover the deposit we've paid, while no service charge is needed if you make some changes on the itinerary you booked.

If you cancel the tour beacuse of your personal issues, you will be liable to pay cancellation charges that are bounded by 3rdpoletour.com cancellation policy as follows:

If the tour has to be cancelled because of the natural disaster or the government restrictions that is beyond both parties control, we will charge only USD50 per person, this is just the service fee and larbor fee during the preparation. This is a rare occurrence!

All of our trips can be customized according to your needs, please feel free to let us know your travel ideas. 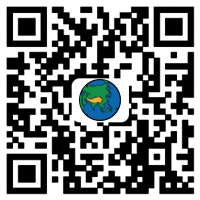